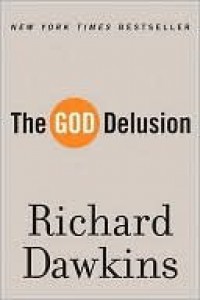 I looked forward to reading this book, anticipating validation of my long-held beliefs, and I suppose that happened. But I don't think Dawkins achieved his stated objective. He certainly didn't convince me that he had “scientific proof” of the non-existence of god. If I understand it correctly, his argument has two prongs: (1) the typical “if god created the universe, who created god?” kind of argument and (2) the possibility of god having arisen “by chance” is so infinitesimal as to be nonexistent.

I'm not a scientist, not even close, but it seems that the first kind of conundrum is something humans, and especially scientists accept all the time. If the universe is infinite, where does it end? If it ends, what's on the other side? If the universe started with the “big bang”, what existed before that and what caused it? Humans just cannot grasp those kinds of concepts easily, but they're not uncommon.

For me, that last statement is sufficient. The existence of god just doesn't make sense to me and I've seen no compelling evidence of such an entity. I don't really feel the need for scientific evidence of god's non-existence. In fact, is that even possible? How do you prove that something does not exist?

I also was not entirely convinced by Dawkins argument that religion is not really possible without violence, that fundamentalism and violence are automatic outgrowths of religion. I need to read that section again, but I have trouble accepting that.

Other than that, I think it was definitely worth reading. Thoughtful and well-written. Nothing earth shattering, but hopefully enough to initiate discussion.