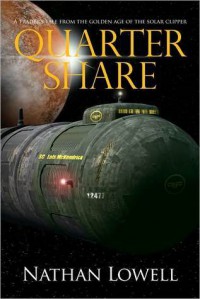 [9/2010]
No superheroes. No monster aliens. No space battles. Just an uncommon young man coping with the unexpected changes in his life struggling to make a place for himself aboard an interstellar freighter. Likable characters with surprising depth. A very enjoyable read.

[5/5/2016]
This was probably my fourth read and I enjoyed it every bit as much as the first three times. Still couldn't put it down. This is totally character driven rather than plot driven. Although I found the plot plenty engrossing. I don't always need danger and excitement; ordinary life when it's different from mine can be just as interesting. But it's the characters that really keep me coming back. Ishmael is just one of the most likeable young men I've every come across. Likeable, and admirable.
Tweet